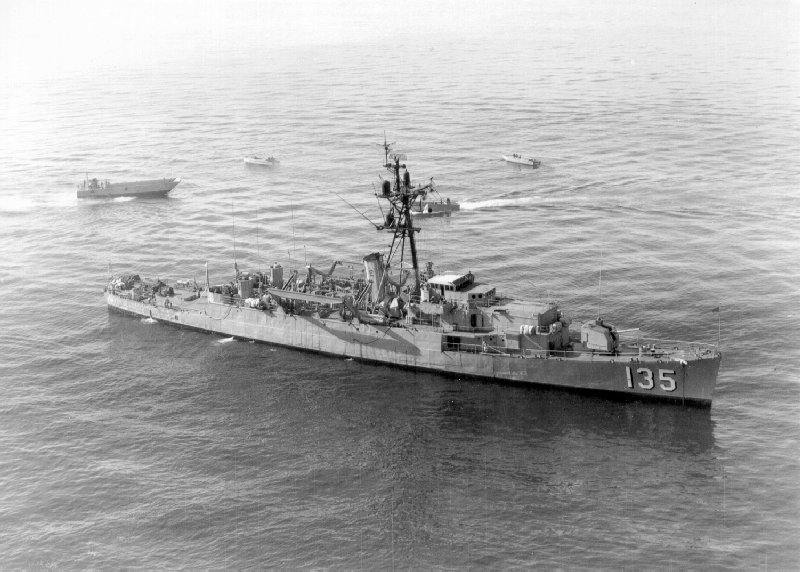 The photos below are from 1965 off the cost of Vietnam.
Photos were taken from USS Winston AKA 94
by Jim E Johnson BMC Ret.
Jim would like to have any photos of the Winston you may have.
(click on the photos to see a larger version).

Peter Benson emailed me the photos below
His father, Andrew M. Bensen served on the USS Weiss in 1946

USS Weiss entering port in 1946, with the crew at attention in dress whites.
The photo, taken from a bridge, was offered for sale to crewmen when they docked.
(click the photo for larger image)

Back to USS Weiss   Back to Steven's Home Page